archive - The cyclists to serve auction has now finished 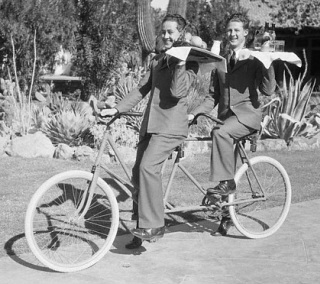 Our intrepid explorers have either dedicated their own time and talents, or sourced some amazing events, activities and other treats for you all to enjoy.

Our aim is to ensure that any successful bidders have a great time and in turn, we raise lots of money for Kent Cancer research.

The lots are available to bid on now and the bidding will be finalised at the Chequers auction evening. You can view the online lots here and start bidding until midnight GMT on 11th March 2011.

The final part of the online auction will be live and take place at The Chequers Pub in Laddingford on Saturday 12th March starting at 8:00pm with former Casualty actress Rebekah Gibbs, a cancer survivor herself.

Rebekah will be pushing up the value of lots as much as possible!!!! So take the chance of bidding on the lots now to ensure that you secure your prize!!

Rebekah Gibbs aka Nina Farr from Casualty
Ex-Casualty actress Rebekah was just thirty-four years old and seven months pregnant  when she found a lump in her breast.

After twice being examined by doctors and having been told that it was nothing to worry about, Rebekah pushed it from her mind and concentrated on the birth of her beautiful daughter. But one night, whilst nursing her baby, Rebekah realised she could still feel the lump. And it was bigger. Finally, her worst fears were confirmed: just ten weeks after giving birth, Rebekah was told that she had a fast-growing grade three cancer. And that it had spread. It was the beginning of a journey to hell and back.

Instead of enjoying her baby’s smiles, Rebekah found herself preparing for aggressive chemotherapy by cutting off her waist-length hair before it fell out and ordering wigs and fake eyelashes.

Facing a potentially terminal illness is the most terrible thing to contemplate, but for Rebekah, dying and leaving behind her beloved baby was never an option.

Raffle on the auction night - Hamper from Fortnum & Masons

Our raffle prize on the evening is this wonderful Fortnum & Masons hamper kindkly donated by Trevor Harrison.

Fortnum & Mason in its three centuries trading, was among the first to bring exotic teas to the general public, a leader in coffee and chocolate and the inventor of (among many others) the filled picnic hamper and the Scotch egg. It was the first London store to sell Mr Heinz’s new-fangled Canned Beans.

Charles Dickens wrote of one Epsom Derby; "Look where I will.... I see Fortnum & Mason. All the hampers fly wide open and the green downs burst into a blossom of lobster salad!"  The preponderance of their hampers at Ascot, the Boat Race, Henley, Wimbledon, Lord's and Twickenham, meant that by the middle of its second century Fortnum's had become (a posh) household name.

The lots are listed here with their current bid price.
If you wish to bid on a lot, please complete the bid page.
Bids will not be accepted unless they are at least £5 higher than the current highest bid.
All bids will be updated online within a 48 hr period.
Final online bids will be accepted up to midnight on Friday 11th March 2011.
The live Chequers auction will start from the highest online bid so if you want to secure that item, bid high!
Some items will have a reserve and this will be indicated next to the lot.
Winners will be notified either at the live Chequers auction or by email within 48 hours with payments instructions.
The highest bidder name will be displayed; if you do not wish to be named please use a pseudonym but ensure that we can make contact with you!
The terms & conditions are here.

We thank you very much for supporting us and wish you the very best of luck, now put your money in your virtual pocket and start bidding!!!